Pupils in Years 9-13 are assigned to a Senior House. 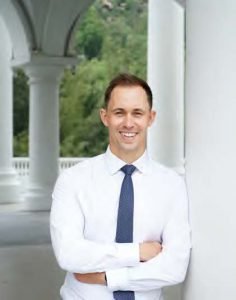 Mr Stokley grew up in Bedfordshire and attended Bedford School before completing his Undergraduate Degree in Psychology followed by a Masters Degree in Applied Sports and Exercise Science. He spent his former years coaching sport across the UK and Europe before moving to Asia and deciding to pursue a career in education and completing his PGCE.

Outside of teaching, Mr Stokley enjoys playing a variety of sports, hiking, travelling, and most of all spending time with his wife, Michelle, who is expecting their first child in July.

Mr Stokley looks forward to welcoming you to Churchill House. 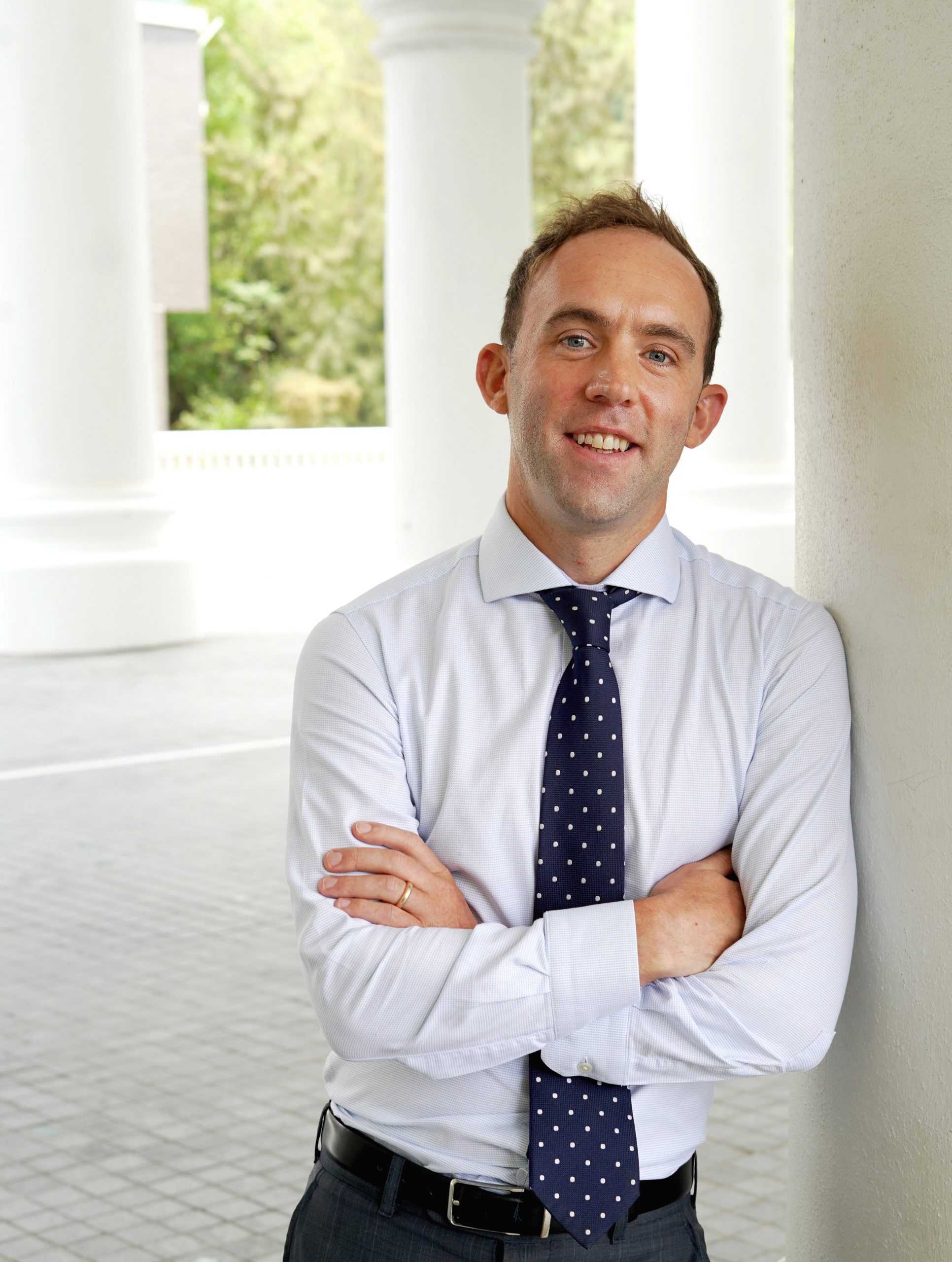 Mr Berner was raised in London, and attended Ampleforth College, a global and prestigious boarding school in North Yorkshire. Prior to University, he spent six months teaching English and working in pastoral care at San Lorenzo School in Santiago, Chile. Mr Berner was awarded a Bachelor of  Arts in Theology at the University of Durham, before subsequently completing his Postgraduate Certificate of Education at Bangor University in Wales.

Mr Berner has spent the majority of his teaching career in an all-boys environment, most recently at Loughborough Grammar School. Here he played a lead role in promoting character education in teenage boys, as well as leading in several areas of the school.

In addition to his teaching career, Mr Berner has worked for a Minister of Parliament at Westminster. This led to a role at the Football Association at Wembley where he was responsible for Public Affairs and International Relations.

Mr Berner is entering his sixth year at Harrow Hong Kong, and his second year as House Master of Peel House. He lives with his wife Lauren who is Deputy Head of Lower School, and his son, Ignatius. He prides himself on running the House with a family feel.

Mr Berner is a keen sportsman, having raced in several Ironman triathlons in Europe and Asia. Last year, he completed Hong Kong’s very own Maclehose Trail within 24 hours. 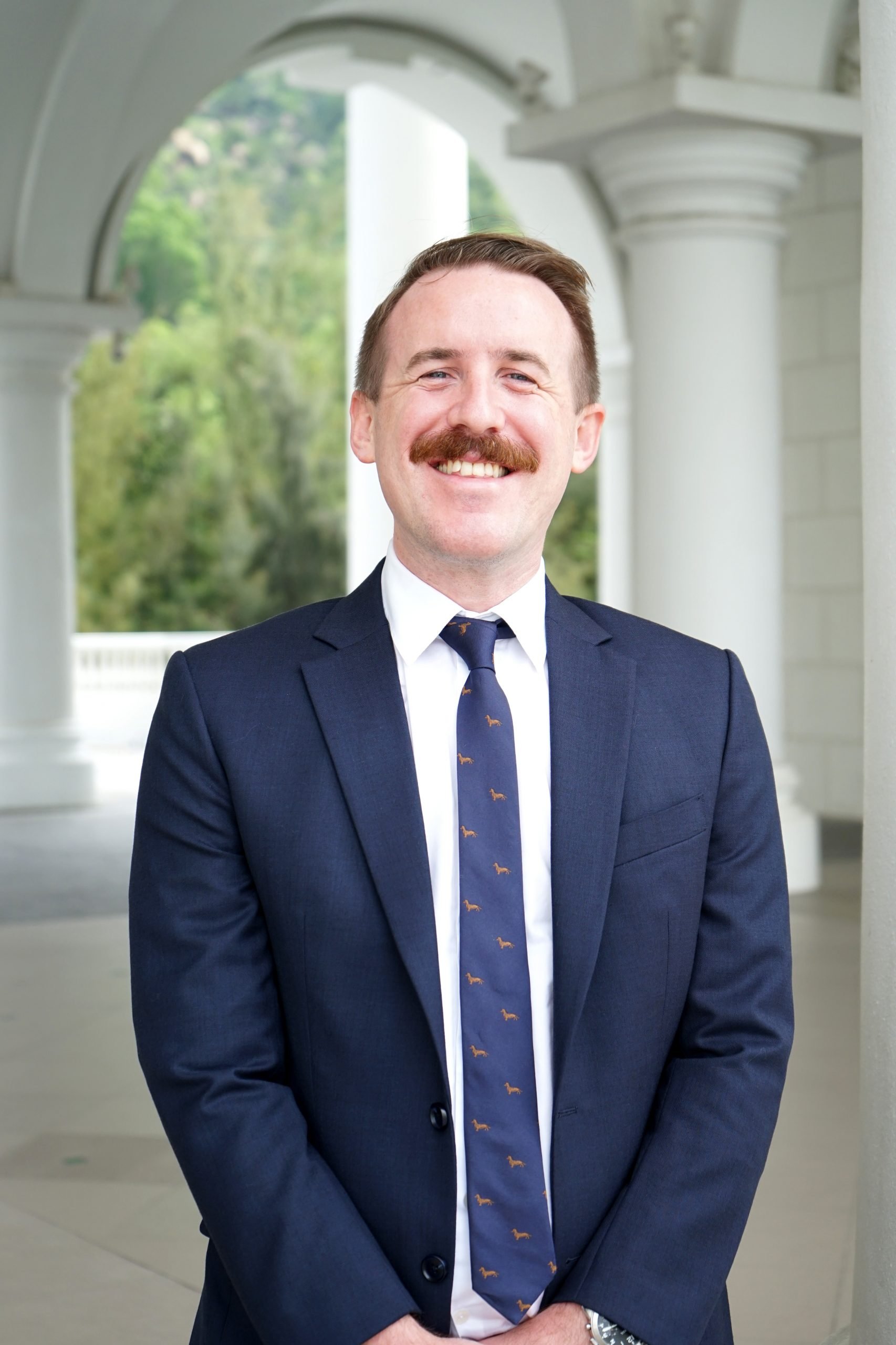 Mr Powell studied his Masters in Chemistry at the University of Oxford, with a year of research in organic Chemistry, before completing his teacher training at the University of Manchester. Since then, he has worked at the King David High School, Manchester as a form tutor in both Year 7 and Year 12, before being appointed Head of Year 9. During that role, he was inspired by the challenges and variety of pastoral work in schools and valued the positive and productive relationships formed between pupils, staff and parents.

Mr Powell has increased his knowledge, skills and understanding of a variety of topics that are important with pastoral work, particularly regarding pupils’ mental health and leadership. He holds a Youth Mental Health First Aid certificate, and has contributed to whole-School projects and ideas supporting the wellbeing of the wider Harrow Hong Kong community.

When not at Harrow Hong Kong, Mr Powell is particularly interested in hiking, yoga and swimming, and he has learnt a small amount of Cantonese. He has greatly enjoyed the opportunities for travel that living and working in Hong Kong provide, and took time over the past few years to fully explore Hong Kong whilst there have been recent travel restrictions. 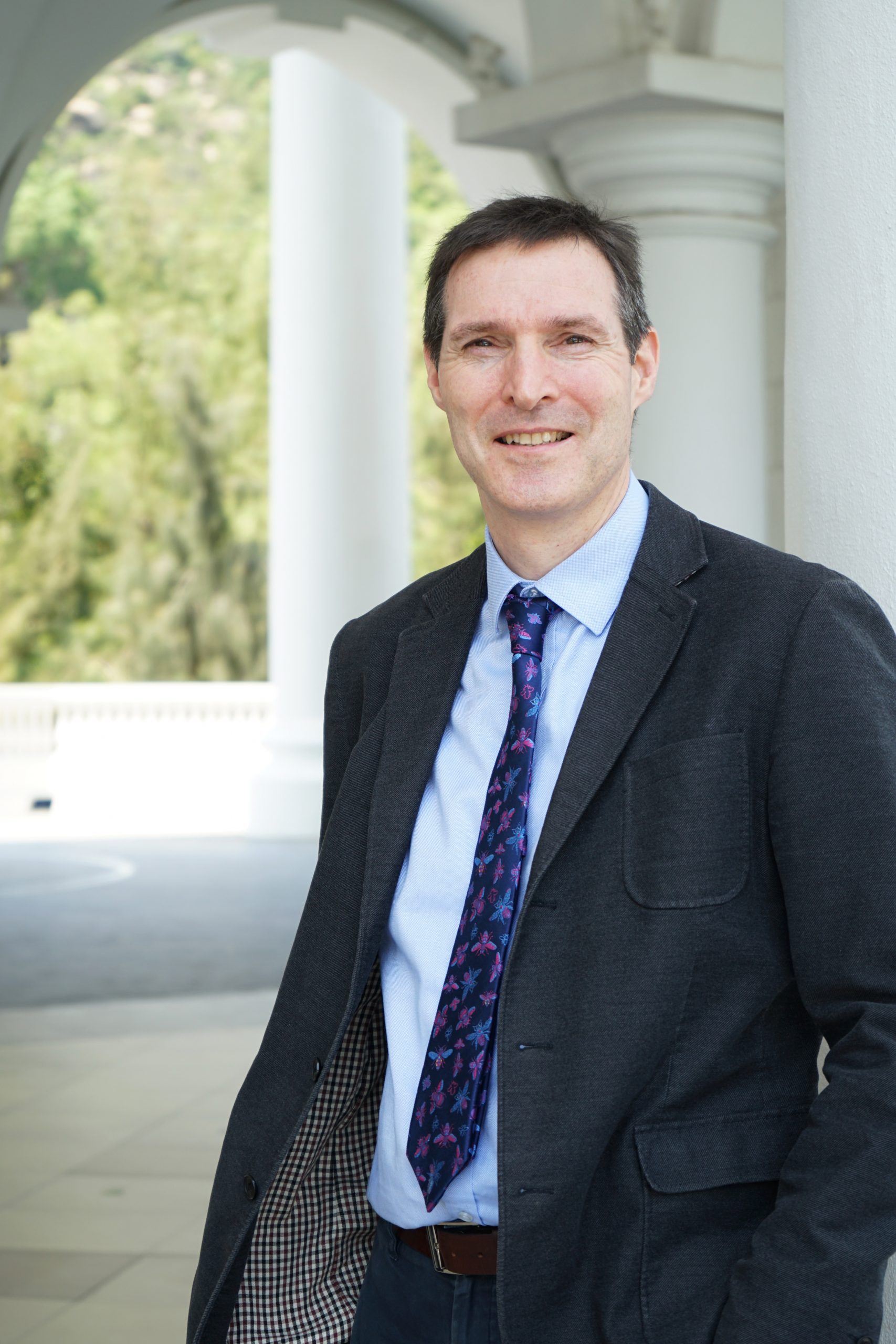 Mr Paulin grew up in Cambridge, before moving to Manchester where he read European Studies and Modern Languages at University. After completing his PGCE he moved to France, where he worked and taught for four years. Returning to the UK, Oliver worked in Milton Keynes for a number of years teaching French and German before he and his family decided to move abroad. Oliver taught in Saudi Arabia, South Korea and Thailand before joining Harrow Hong Kong as House Master of Sun House and teacher of French.

Mr Paulin and his wife, Valérie, who is a French teacher as well as a counsellor, live with their two children, Leo and Laura. They all enjoy exploring Hong Kong and the surrounding regions. Outside of school, Mr Paulin tries to keep fit and is an enthusiastic cyclist.

Mr Paulin and his family welcome you all to Sun House and hope to make everyone feel part of a friendly, supportive and encouraging extended family. 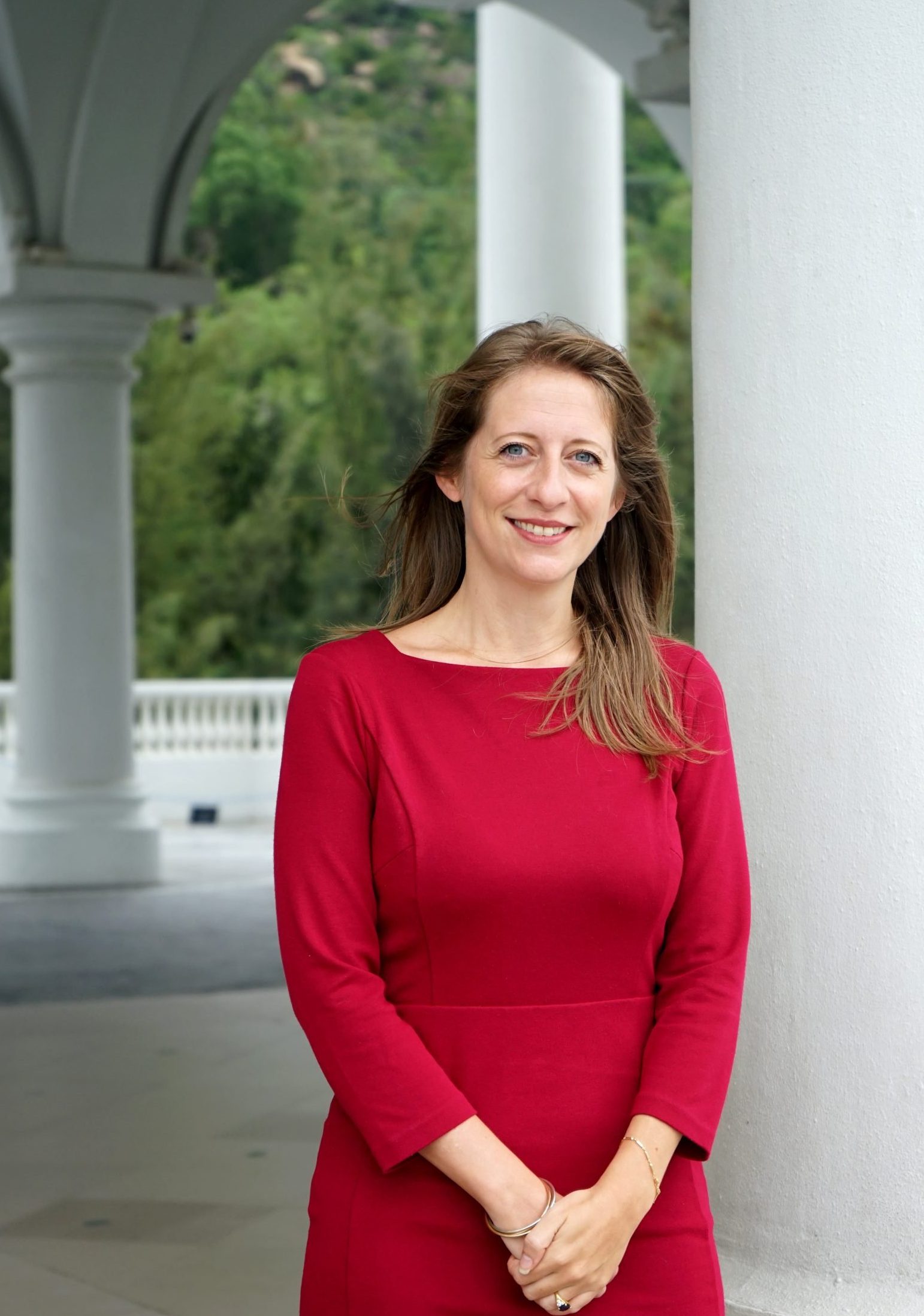 Ms Nightingale grew up in Hong Kong before moving to the Cotswolds in England, where she completed her schooling. Following a gap year in Africa, where she discovered her love of teaching, she read English and Film & Theatre at Reading University. At university she was part of her University Air Squadron, where she learned to fly small aircraft and enjoyed a number of sports and expeditions overseas. She trained as a secondary English and Drama Teacher at the Institute of Education in London and after teaching in Central London for five years, she moved back to Hong Kong in 2019 and joined the Harrow Community.

Ms Nightingale is a keen traveller, musician and actress and is passionate about the conservation of animals and the environment – something which she regularly promotes in the House. She has a number of rescued pets, who contribute to the character of the House in their own special way! It is a privilege to be House Mistress of Gellhorn – a House of vibrant and talented individuals, each of whom bring something unique to the Gellhorn family. Ms Nightingale hopes that all members of Gellhorn regard it as a home away from home, where their interests and talents are valued and nurtured. 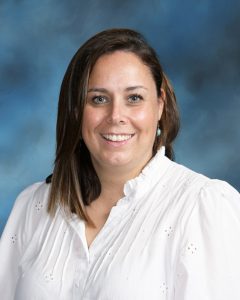 Mrs Nightingale completed an honours degree in Medical Biochemistry at the University of Sheffield in 2005. She began working in surgical sales for Covidien Healthcare, specialising in cardiac sutures and later hernia repair before moving into education.

Having always had a passion for Physics and a desire to work with children, Mrs Nightingale decided to join the Physics Enhancement Programme at Loughborough University which trained her as a specialist Physics teacher. She then went on to complete a Post Graduate Certificate in Education in July 2009 and a Master of Science in Science Education in 2014, both at Loughborough University.

Mrs Nightingale’s first role of Physics teacher at Nottingham High School for Girls ended in 2011 when her husband’s job secondment took them to Xiamen, China for two years. This experience led Mrs Nightingale to a passion for the exploring the Far East and working with children with ESL.

During her six years at Loughborough High School in England, she worked as a Teacher of Physics and a rotational Head of Years 10 and 11. She was able to pursue her love of winter sports and the outdoors, running a number of European and US ski trips, regularly volunteering with DofE and organising a number of school cross-curricular enrichment weeks. Mrs Nightingale has also had the opportunity to write and produce resources for Kognity, Pearson and Cambridge International publishing groups.

Mrs Nightingale has two children, Alex and Eliza, with her husband James. As a family they are looking forward to promoting a warm and caring atmosphere for all pupils in Keller House.

Born and raised in Scotland, Mrs Wilson went on to complete University in Auckland New Zealand. She developed her passion for Health and Physical Education in a school rich in culture and community spirit on Auckland’s North Shore before travelling through Europe and Asia and finishing in Hong Kong.

Mrs Wilson joined Harrow Hong Kong in August 2015 as a Physical Education teacher where she is heavily involved in the Swimming team. In recent years Health and Well-being have become a focal point for Mrs Wilson, where she has put the Well-being of the pupils at the forefront. She is looking forward to returning to the Superwomen of Wu house as she has spent a period of time as the Assistant House Mistress in 2020. Prior to Wu house Mrs Wilson has been a tutor in Fry House and an Assistant House Mistress in Nightingale.

With three young children, life is busy, but she has a love for health, fitness, cooking and travel. 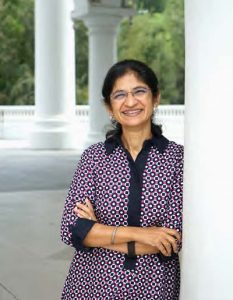 Mrs Ray grew up in a small town called Gaya in India which is famous as the place were Buddha was enlightened. For university, she moved to New Delhi and completed her Bachelors and Masters in Mathematics. Mrs Ray started working as a Mathematics teacher and after four years moved with her husband to Tokyo – her first introduction to international school teaching and exposure to an amazing world of different cultures. In Tokyo Mrs Ray was exposed to different curriculums – British, American and IB and found out that a trapezium could also be a trapezoid. While in Tokyo, she taught and worked on her Masters in Mathematics Education. After 8 wonderful years of teaching at two different international schools and learning some spoken Japanese (Nihongo), Mrs Ray moved with her husband and one year old daughter to their new home in Hong Kong, where their son was born a couple of years later.

On moving to Hong Kong, Mrs Ray chose to live in Discovery Bay and loved the cosmopolitan and very international aspect of life there. She taught at Hong Kong International School and was Head of Mathematics at French International School before joining Harrow in 2018. Mrs Ray has always been involved in pastoral roles as tutor or Homeroom teacher – working with youngest year 6s to the oldest year 13s. It was in her role as a boarding tutor at Harrow where her passion for this aspect of learning grew. She has always believed that, for learning to be fun, our young minds need a strong pastoral support and a place where they can be themselves. That place for Anderson pupils should be the Anderson Common Room.

Outside of school, Mrs Ray loves reading (even nonmathematical books), trying to learn Mandarin and spends her weekends hiking and running. Her motto in life is “don’t stop learning”.